Welcome to the Poetry Pages.

I hope this finds you all well, in every aspect.

I am writing because I owe you all a debt of gratitude.

To have interacted with you beautiful souls and amazing writers was a privilege above all privileges.

I remember in the year 2000, Y2K, I was inebriated on liquor of some kind, hanging out of my girlfriend’s dorm room window, when I had the vision of a place, online, for writers to congregate, evolve, and project impressions of genius upon the Heavens.

This was a strange thing to conceive, given that I had never even owned a computer.

At the time, I was writing often, had been for years, at that point. I picked up the pen through the magick and majesty of the universe, and found a beautiful affliction that brought about the most profound states and visions of ecstasy and beautiful madness.

Around 2005, my girlfriend (first love) was gone, I had gone to jail and department of corrections bootcamp, and was a fugitive from justice. (Which I would be for most of my life).

I finally purchased a computer, and, once again, by the magick and majesty of the universe, discovered the Poetry Pages.

I found all that was encompassed by my Y2K vision, and more: A circle of genius as bright as the sun, as mercurial as the moon, as symmetrical as the constellations, as expansive as the universe, as infinite as the galaxy.

I wanted to update you all on what became of me.

After years of living like a hermetic refugee, and committing many violations of governmental legislation, I was sent to the penitentiary in 2012, for a term of 7 years. How could it be otherwise?

I transformed my environment into a monastery: reading, exercising, meditating, writing, attending college. I wrote two novels, became an award winning writing fellow, and graduated college with a 4.0 g.p.a. (I also ran two half marathons).

Currently, I am six months from successfully completing parole, which, judging by my history, is an incredible achievement in itself.

I have this vision of a beautiful life in my mind, in my heart, in my soul. So may it be.

I would love to hear from you. I believe the universe brings people together for a reason. I remember you all and you will always exist in my mind like majestic constellations. 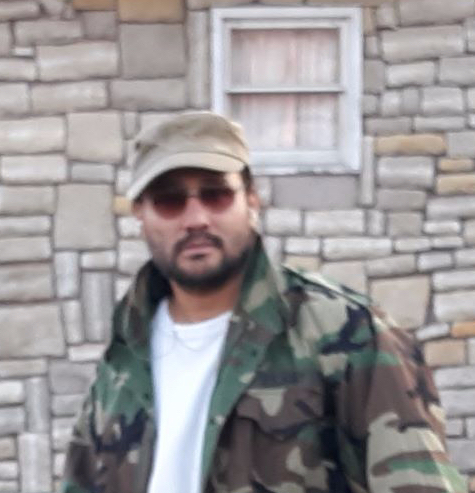 We all sink to the bottom of our respective bottles from time to time, no matter how vigorously we shake it up. I'm glad you finally figured out that it opens as well and allows you the freedom to transform into whoever you want to be.
Finishing that parole is a great goal and I wish you the best in achieving it.
As you can see, the forums here have become a ghost town of sorts that we sometimes come back to just to have a look around and remember what once was. There is a Facebook group now, though it isn't anything like we had here those years ago, but it is a way to keep in touch with those who have found their way there.

Good to see your words and ever better to read your message.
"Thoughts are the shadows of our feelings - always darker, emptier and simpler."
Friedrich Nietzsche
Top
Post Reply
2 posts • Page 1 of 1

Users browsing this forum: No registered users and 6 guests